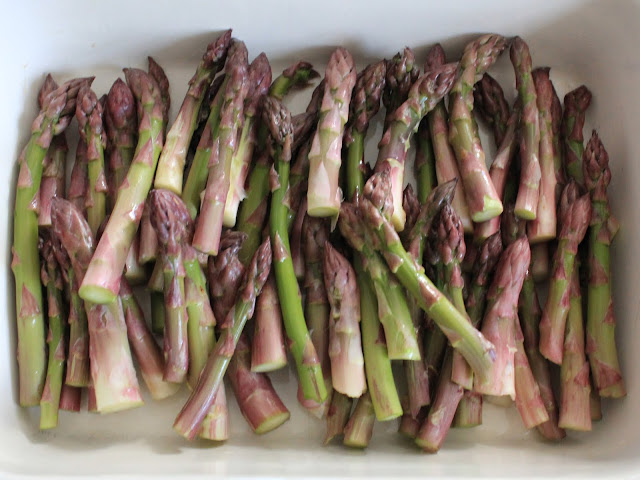 Despite the cold nights and the lack of rain the purple sprouting asparagus is making a spirited start to the season and, like the first beer or lager when you have a real thirst on, the first picking and the first meal of the season is the best.
Today it will be poached eggs on sourdough toast and asparagus soldiers to dip into the yolks, just fantastic. The remainder of the picking who knows? Some small asparagus tarts made with the tips and the tarts are delicious hot or cold or maybe an omelette filled with the asparagus tips.
And there'll be more at the weekend, or maybe before. Brilliant. 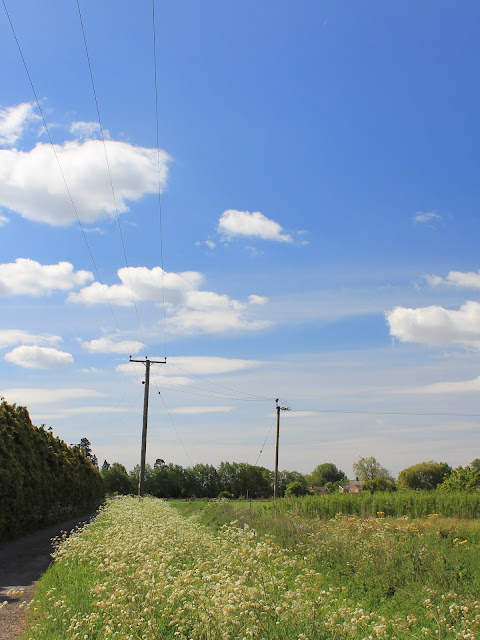 It's just a routine walk ma'am

On the last day of the heatwave this was nothing more than a routine early morning walk with the two Jack Russell Terriers. Out of the back gate and across the lane, then into a farmyard and away down an farm drove road that was as hard as a tarred road although the the tar was already starting to melt.
The white froth of the cow parsley has practically gone now, some is going to seed and some has been trimmed back, and the small birds like the sparrows and finches are already feasting on the seeds of the plants that remain.

Past the end of the derelict pig styes that are now used for storage and out onto the open farmland heading for one of the orchards, or another old farmyard.
The terriers settle on the old farmyard because they can lose themselves in buildings and sheds and indulge in a little ratting. They don't realise that their old foe is tucked away and probably fast asleep but there's always hope that one, just one, might be on a suicide mission.… 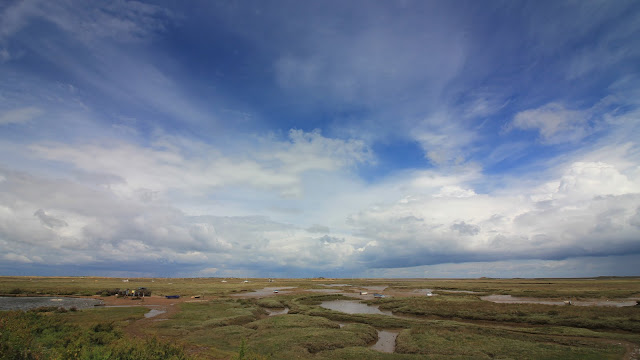 All quiet on the northern coast

The Boss had ordered some smoked fish from the Staithe Smokehouse so on Friday morning we set off on our lowest journey since lockdown began. An hour and ten minutes each way right across the roof of Norfolk to Brancaster Staithe, it was enough to make us dizzy.
We parked in an empty Car Park at the White Horse and collected our treat: cold smoked haddock, salmon, scallops and some salmon mousse before wandering down the the car park to the edge of the salt marshes and enjoy the totally people free view and the tang of salt air, there were few squalls out to sea but the sun kept shining. Another treat and free too. If you are in the area pay the smokery a visit, Phil produces a really high quality product.
On the return home we simply reversed the outward journey and just like the trip out there was little or no traffic and we were back in time to enjoy a runny fried egg sandwich made with sourdough bread for lunch.
Simple pleasures, we like that. 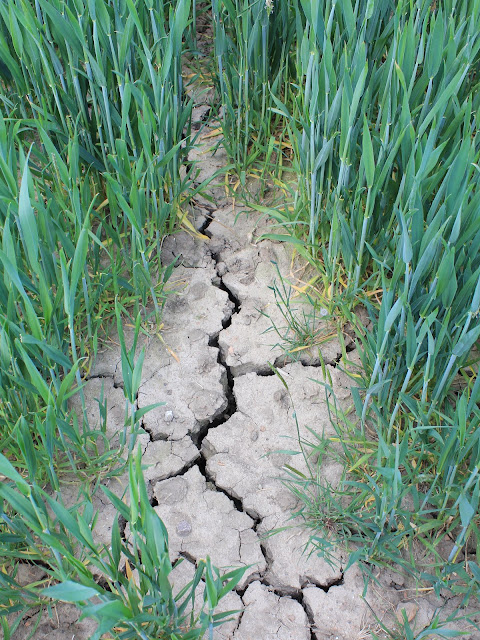 The cracks are getting bigger

The long dry spell continues with no sign of it breaking and bringing some sensible rainfall. We've had a couple of wet days, about three weeks ago, and that gave everything a good soaking but that was followed by a couple of weeks of chilly to cold steady drying winds and the ground is opening up again.
The last rains didn't close the cracks up and now the fields are criss-crossed within the crops and not just the field margins and headlands, the wheat here is twelve to fourteen inches high so that gives you an idea of the dimensions of the cracks. Some are so large a terriers paw can fall into them so in certain places on the walks the dogs are on the lead for their own safety. This morning I placed a pice of stick in a crack to see how far it would go and the depth was just over ten inches using the two and a half inch blade on my pocket knife as the measuring implement.
Please hurry up rain, the perfect solution would be steady rain at night but it's no… 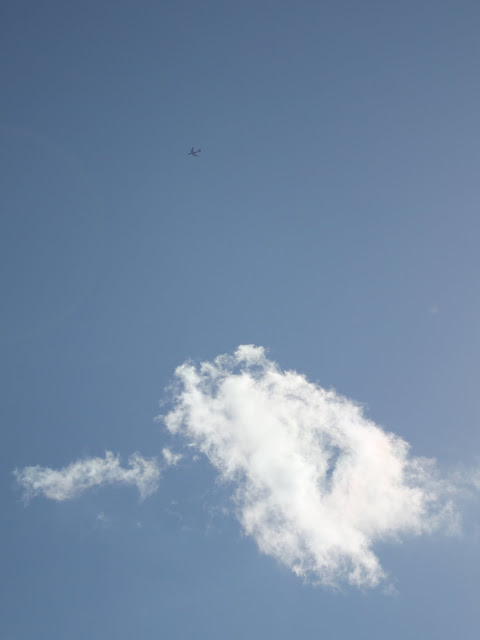 Tuesday morning and just after being dragged through the back gate by the two terriers for their early morning walk we had an enforced stop while I photographed this lonely KC155 Stratotanker from the 100th Air Refuelling Wing at RAF Mildenhall climbing slowly up into the wide blue yonder.
It wasn't lonely for long because two more followed at five minute intervals heading north in the clear blue sky. There must have been a serious exercise on to have three up there at once forming a fuel station in the sky, think of all those gallons, or tonnes, of fuel flying over your head.
I didn't see them return later in the day because the cloud cover had filled in the view of blue sky and the wind had swung through 180 degrees altering take-off and landing direction. Remember, in front of every jet, every fighter and every transport aircraft at some point there is a tanker.