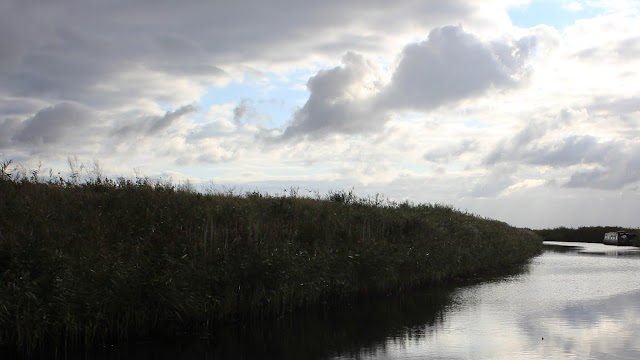 Friday afternoon and the chance of a couple of hours pike fishing so the gear was tossed into the van and away we went. The weather was tending towards 'Fenland peculiar', windy then calm, out comes the sun, clouds roll in and it tries to rain, it stops, then it starts to get prematurely dark and much colder and so it went on for the entire session. Perhaps you are more aware of the changes because of the big Fenland skies, one thing for sure you can certainly see the weather coming towards you 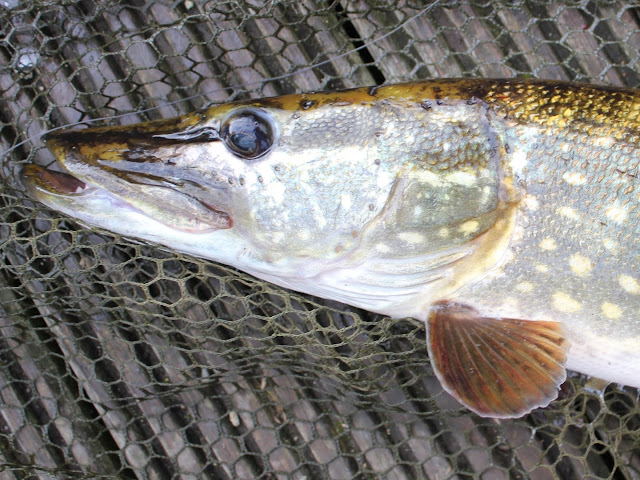 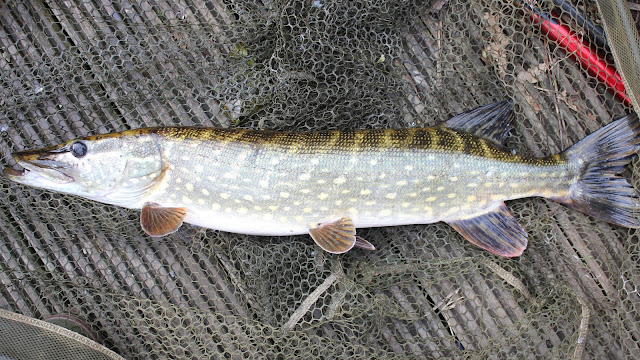 The visit wasn't a great success but there were sporadic signs of fish hunting and it wasn't long before a violent take signalled a pike had taken the bait but my reflexes got the better of me and it's not often I can say that. I forgot that I was using a circle hook and struck in the normal manner. Fool. The fish was there for a minute or so before it let go and spat out the bait.
A short while later and a jack pike saved me from a blank and this time I remembered to wind down into the bite, rod pointing at the fish. For a couple of minutes this lean and hungry jack pike pike stayed deep and put a bend in the rod leading me to think it was much bigger than it was, in reality it was punching way, way above his weight you could say.
After a couple of hours it was time to go and walk the two terriers who are just a little bit more tenacious than he was but at least the session wasn't a blank and I'll be out again in a few days time filled with optimism as all fishermen are. 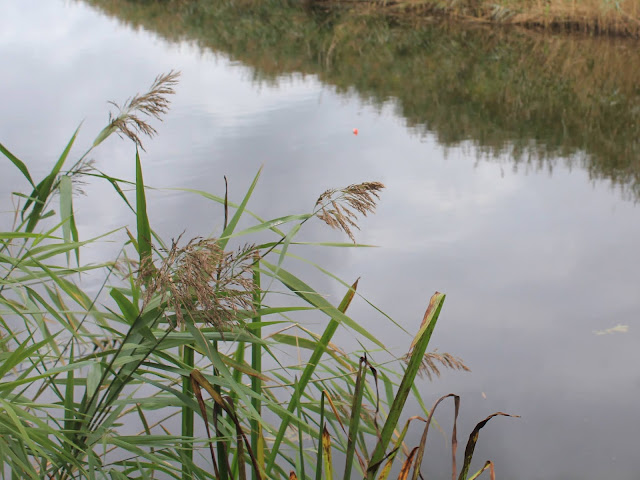 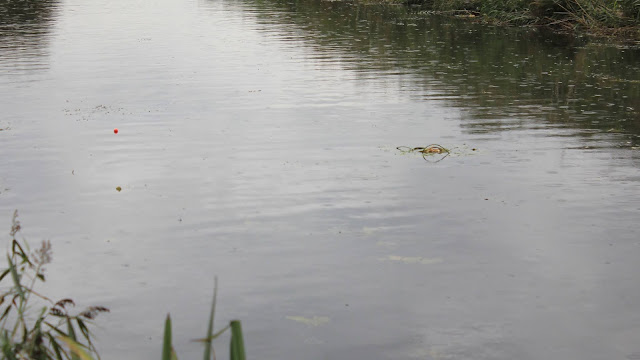 The first session and the first Pike

It's the last day of September and normally I wait for the start of October for my first pike fishing expedition, splitting hairs I know, but I finally have a free couple of hours so off to the river I go. As I drive the ten minutes to the farm I decide to fish a drifted dead roach using the wind to give the bait a little action then employ a slow rising and falling retrieve to fish the bait back before re-casting.       Check the bait as it drifts out and along the river and make plenty of pauses on the retrieve, this is where the Fenland wind is your angling friend.

It looked as if the method that I'd chosen in my mind as drove to the river, a drifted dead roach about five or six inches long, was thwarted because when I arrived there was a lot of floating cut weed drifting up and down. Never mind, stick with the chosen method.      I fished about four feet deep with a size four circle hook and let the bait drift for about fifty yards then slowly brought it back, star… 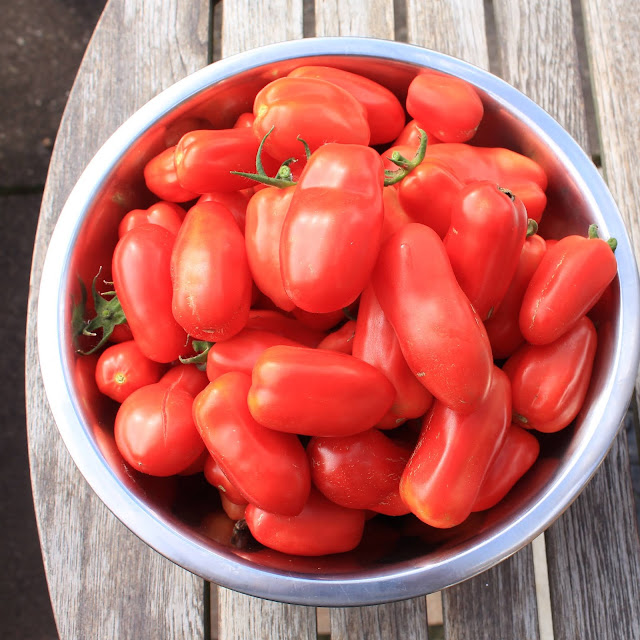 Some of Italy's finest

The San Marzano plum tomatoes in our two greenhouses continue to provide us with fresh 'fruit' and their yield has been nothing short of stupendous. The Boss has made tomato sauces and for pasta and our freezers are going to be well stocked for the winter, the stockpile will provide a basis for sauces, casseroles in fact anything you can do with the tomato base will be done.      The bowlful of San Marzano tomatoes above made enough passata to fill four plastic freezer boxes with concentrated pure tomato sauce that will all be put to good use and the 'fruits' still keep coming.      We're not complaining though. 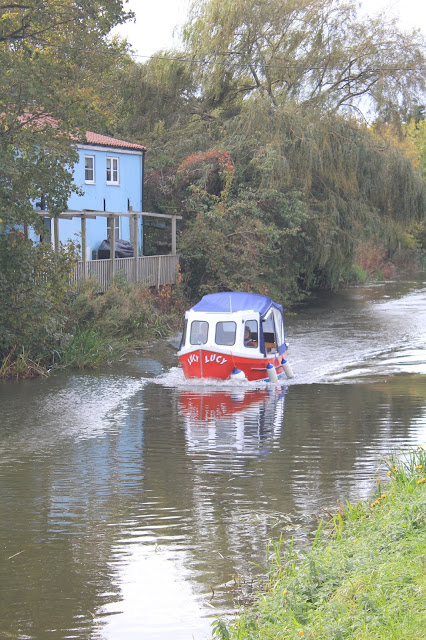 I want one please

I was trundling along next to the river in the village when I saw this little treasure coming towards me and I want one so the that I can make it the new nautical, well aquatic, pike-mobile.  Whats not to like it has an inboard diesel engine chugging away and a pump ejecting unwanted water.       The little boat is covered to keep off the worst of the Fenland weather and perfect for cruising to those out of the way locations that I know are stuffed with pike, I'll re-phrase that, that I am convinced are stuffed with pike.        The little boat is even called Lucy just like our youngest Parson Jack Russell Terrier, although not spelt 'Lucie' from Luce which is old English for pike, so there's the connection, tenuous but it's there. It's also painted in the Middlesbrough Football Club colours, sad I know.       I need to find the owner and get on the waiting list should he, or they, wish to sell.