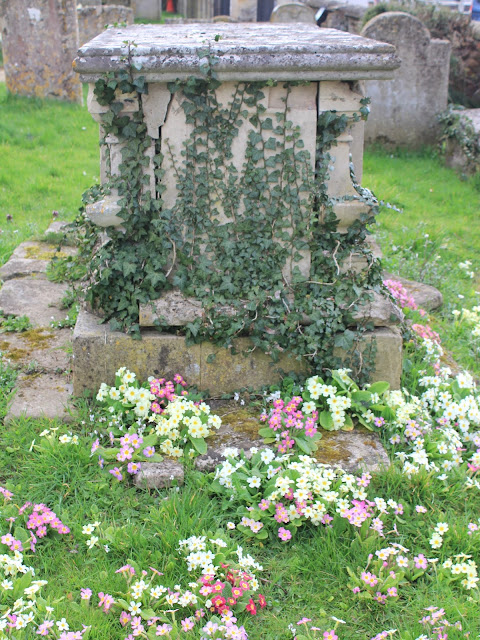 I ended up wandering around the grounds and graveyard of the village church on a warm  and sunny day this week and an enlightening stroll it was too. I'd found out that the church is classed as one of the 'one thousand best churches' in England and in turn English Heritage have listed 58 of the headstones in the churchyard describing them as part of an intimidating number of 18th century headstones. 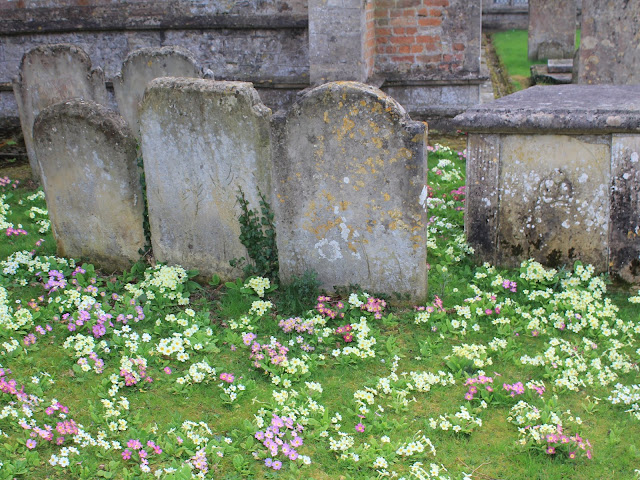 The fifty-eight that have been listed seemed to be 18th century headstones and they go  right back to very beginning of that century, they really are masterpieces of the stonemason's art. I'll have to pay another visit and try to find the oldest example.
The centuries of erosion by the weather along with all of the ivy, lichen and moss makes reading the inscriptions very difficult. Obviously they're all complete hammer and chisel jobs, hand and eye, there were no computerised laser cutters in those days 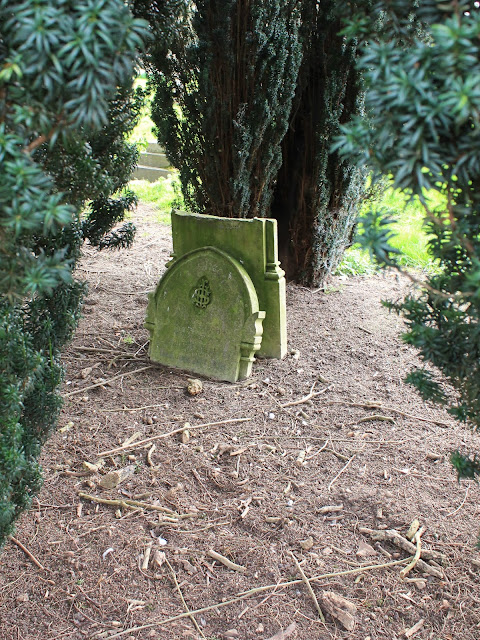 The stone above, although broken, is in the centre of a circle of Yew Trees and it's a very Gothic scene. Quite disturbing in a way and a surprisingly chilly setting even on a warm day. It was good to get back out into the sunshine, warmth and flowers in the rest of the grounds. Normally this spring flowering shrub in the back garden flowers and is then promptly decimated by the frost so this year, although it's been cold and windy on some days, has been a landmark year for the shrub. The Camellia has flowered and although it has been battered by high winds it hasn't been burnt by hard night frosts and for once it's shown it's best side.       I was preparing to give up on the plant and about to move it somewhere a bit more sheltered but it has redeemed itself so there'll be no chancy removal, it has gained a year's grace, just do the same next year. Weather permitting of course. 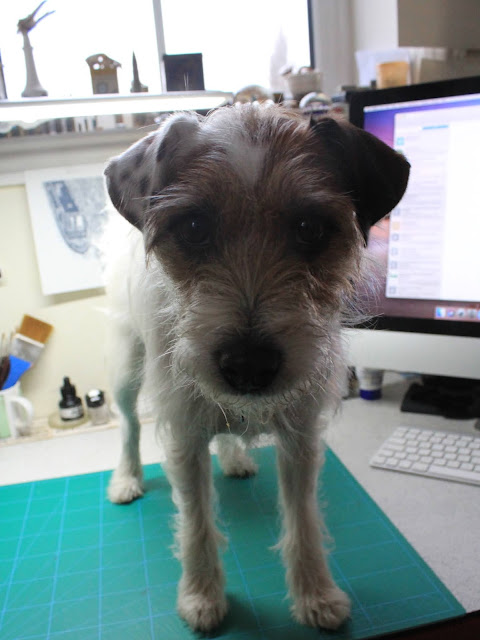 Look into my eyes

When it's time for a walk, be it morning or evening, the focus that the two terriers have is totally unbreakable. I can be working at my desk and and up jumps Lucie scattering my equipment and pushing her face into mine and staring at point blank range right into my eyes. Lucie is just over two years old, very energetic and lithe. She can, when she wants to, clear the couch from a standing jump. Outside and during the walk she just runs and runs and runs. Energy to burn.       Barney is a little over fourteen years old and he just stares up at you willing you to move, and out on the walk he just plods along allowing time for scenting and breaks into a bit of a run when sets off to catch you up. Before the walk his aim is to try get you to the coat rack and dog-leads as soon as possible and become operational. For him the logic is that when we get back they get their tea and a couple of treats, then it's lie down in front of the wood burner and to dream about repeating the 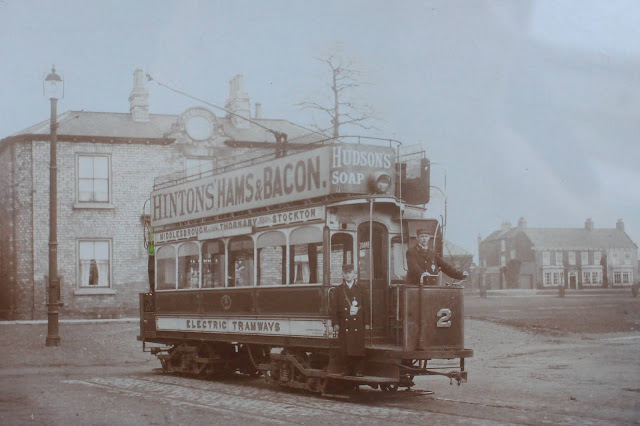 While rummaging around in some boxes I found some early photographs of my maternal Grandfather and real period pieces they are too. My guess is that these photographs, showing him dressing in his uniform as a tram conductor, were taken when he had just started his first job after leaving school. I'm quite impressed that he was photographed in his office and in the studio, a really progressive photographer.       My knowledge of the family history is sketchy but I do know that before long he went to work in the steelworks as an apprentice Blast Furnace man and he stayed there through two world wars until he retired to his allotment and the Working Men's Club with his Jack Russell Terrier.       I'm convinced that the tram is shown at the Norton terminus near Stockton and the Hintons' advertising is for Middlesbrough's then version of Waitrose. Great stuff, I must rummage deeper into the old boxes.