Where are the pollinators? 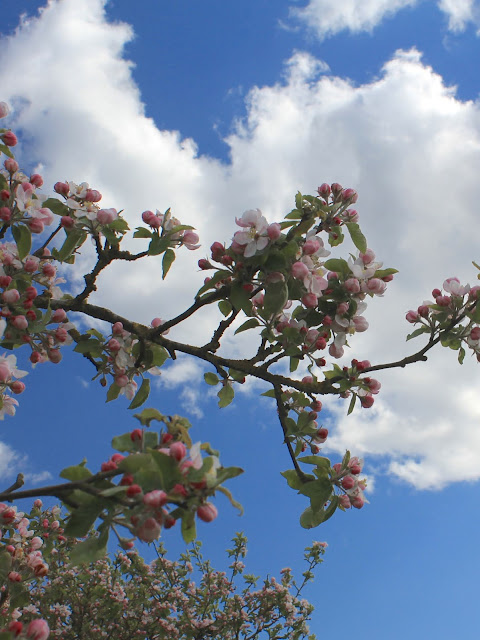 The morning walk with the two terriers and although it's quite chilly at least the sun is shining and when the wind blows it's got a proper stingy edge to it, you can feel the cold. Being fifteen plus years old Barney mooches along just behind, to one side and in front of me, never going to far away while Lucie has energy to burn charging everywhere. 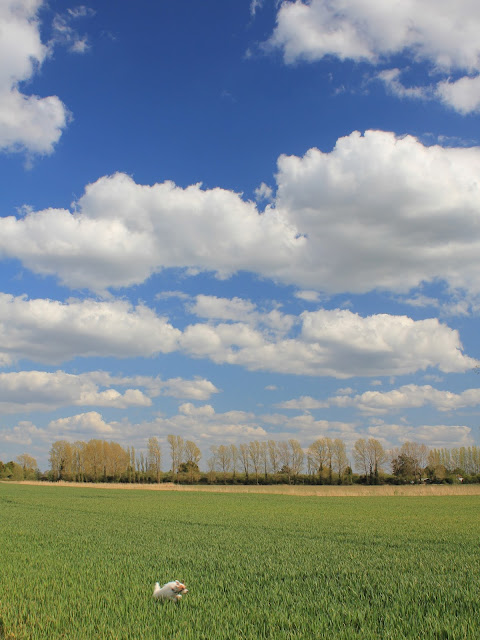 It's as if she only has two speeds, fast and flat out. She's obsessed with the 25 acre wheat field now having caught and despatched her first rat out there in the greenery. Clinically done though, chased, caught by the neck, a shake, thrown in the air and it's all over. That sense of chase, catch, kill is definitely stamped on the Jack Russell genes and DNA. 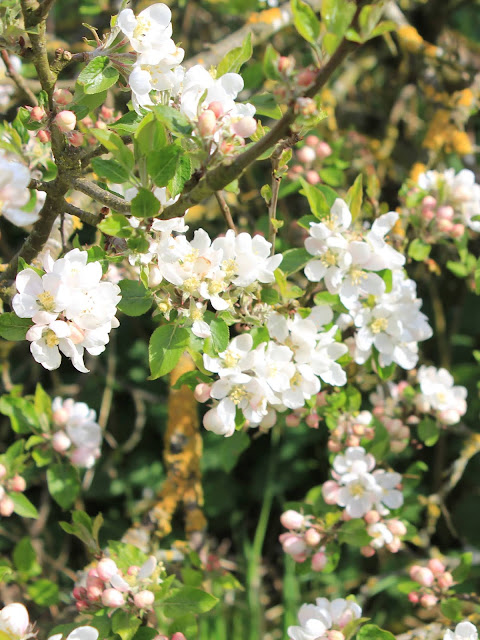 Walking through the orchard there's absolutely masses of fruit blossom but where are the pollinators? It's early though and there's just the odd big fat bumble bee lumbering around, maybe it's the cold and damp that is suppressing the insect life? Three days in the last week I've heard the Cuckoo and the first Swallows and House Martins have arrived from Africa but they're a week later than last year. 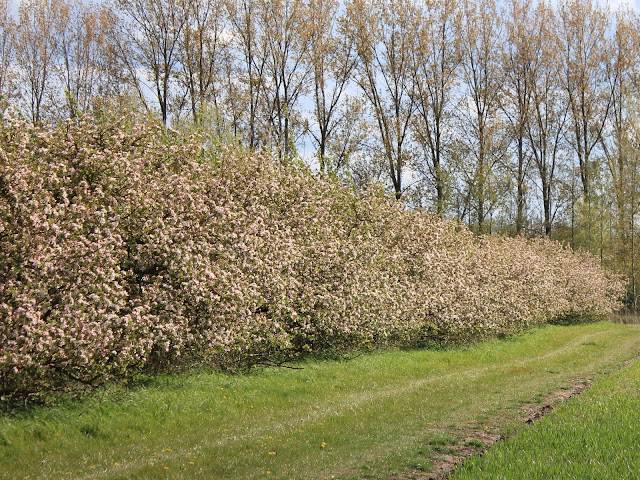 Sunday morning and there are swarms of Hawthorn Flies everywhere on the fruit trees, they'll have the trout rising on the reservoirs and lakes. Hopefully they'll be pollinating the blossom and being a warmer day there are butterflies and bees too. They should help set the fruit and the forecast is warmer weather to come so maybe weatherise we've finally turned the corner into the real Spring.
Walking along this aisle of Jonnagold apple trees it was finally alive with insect life and insects at work which is good to hear and hopefully there'll be tons of apples in the late Autumn.
Apples Insects Orchards Parson Jack Russell Terriers Spring Weather West Norfolk Landscape 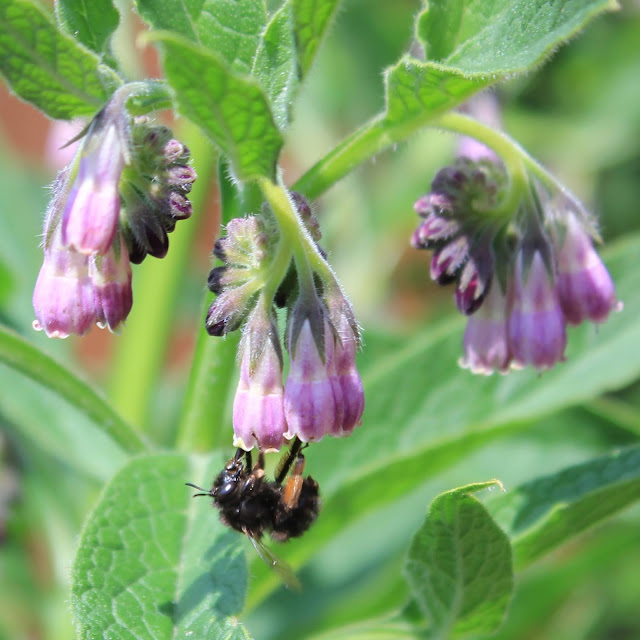 Working all the hours God sends, and then some

I do like Bees, any kind of Bees, not that I have a clue how many kinds there are in the UK. They go about their work non-stop and at the start of the season they work in some pretty dodgy weather. Our children are horrified that I pick them up, if I see one on the ground or at risk the hard worker gets a careful lift to a safe place. It seems like a small gift to these little fellas who work so hard for us. The top two photographs are Bees on Comfrey and at the bottom Borage, there was a bee on the blue flowers but he was obviously camera shy.       Anyway a patch of soil outside the back gate is planted with Comfrey and Borage and the plants are always crawling with Bees collecting the pollen, I call it a 'Bees Heathrow' because it is so busy around the plants and the gentle buzzing is just wonderful, hopefully they produce some wonderful honey somewhere, I haven't seen any hives in any of the orchards I walk through or pass with the two terriers but at blossom tim 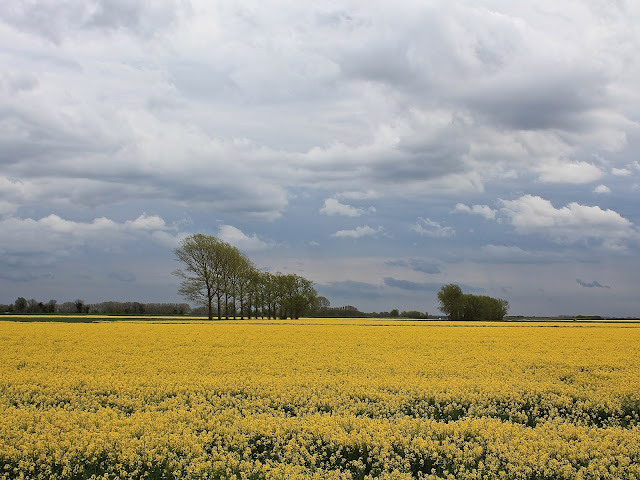 Ah, the comfort of a cabin

Last Sunday the Boss and I headed out for a walk to explore a different part of the West Norfolk Fenland, no quirky smallholdings here it's the landscape of the big farms and industrial agriculture. As is normal it was cold, windy and threatening rain but who cares, blowing the cobwebs away was one of the aims as well as investigating an interesting small river.       We managed about an hour before the menacing clouds began to gather to the east and we couldn't help thinking as we walked back along the river and heard the distant chug of a diesel engine in a narrow boat that a boat would would be great way to explore some of these Fenland rivers, particularly in the fishing season. No ulterior motive there then.       We have had a couple of holidays on narrow boats with the kids when they were young so maybe it's time for us to indulge ourselves when nasty old Covid settles down. After all you'd be socially distancing and never far from the shelter of a cabin 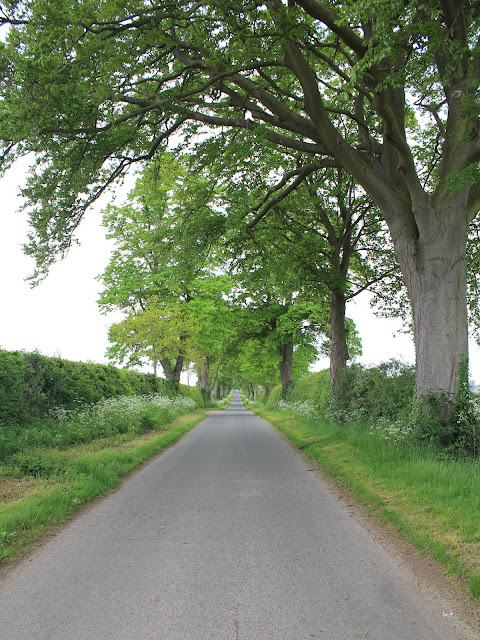 The sun is shining and the crowds are out and about streaming along the main roads to the North Norfolk coast like lemmings to join the crowds and the search for somewhere to park. Meanwhile a few miles inland in West Norfolk the Boss and encountered this lack of a traffic jam on a minor road, and this was as busy as our trip to a farm shop got.       It's strange really that in this age of Sat-Nav and digital information not many people buy an Ordnance Survey map and explore the back roads and the stress fee driving that they provide. The added bonus is all the streams and lakes are marked too so for the Boss and I it becomes a real journey of discovery. Oh, and just for the record the view behind was just as busy too. 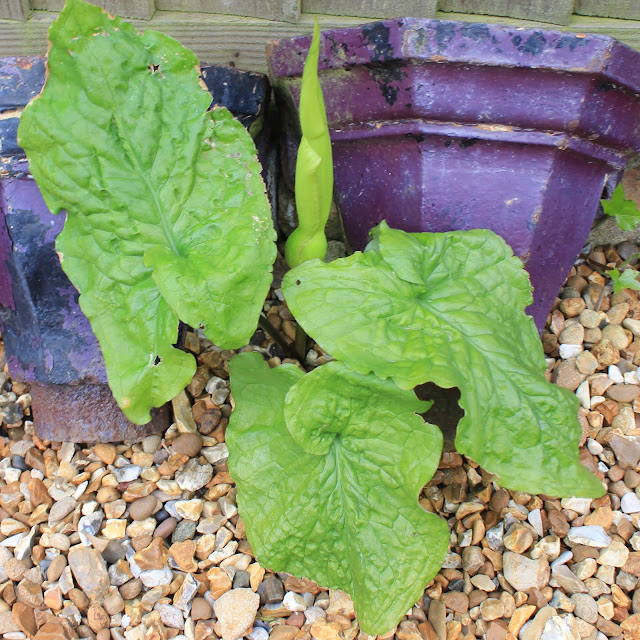 Bizarrely I peeped out of the bedroom window at 6.00am to check on the weather and there was plant that I hadn't planted. Weird. Overwhelmed by curiosity I thought I'd let it carry on growing rather than pull it out of the ground. The Triffid like plant grew and produced a weird flower that looked quite malignant. Then it swiftly died back having done what it was supposed to do. Strangely even the terriers didn't pee on it making me think it was a bit alien, a bit suspicious.       Anyway, I looked it up and apparently  it's a really common hedgerow plant in the South of England called 'Lord and Lady', mind you I've never seen one before but what does that prove? The plant has wilted now but will there be a second coming where it's even bigger and walks by night?